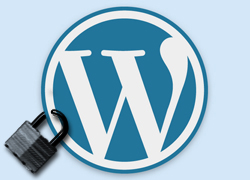 In 2013, WordPress installations around the world were subjected to a global-scale brute force attack.

These attacks were caused by computers infected with viruses and programmed to attack other vulnerable installations (called “botnets”). 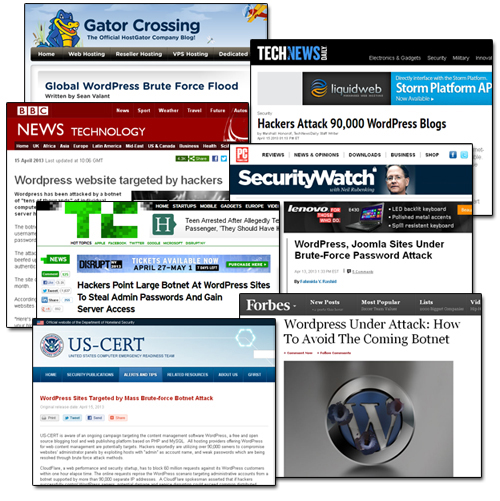 (WordPress is often the target of attacks by hackers, due to its global popularity)

On March 11, 2014, many technology sites began reporting that 162,000 WordPress-powered sites had been hacked. 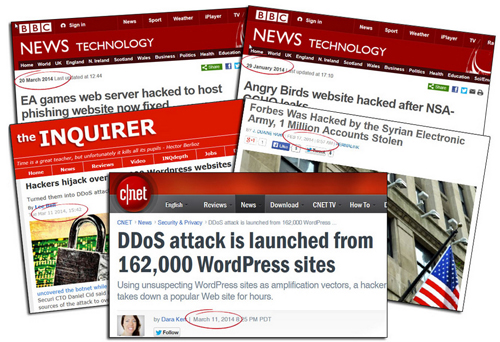 (Over 160,000 WordPress sites were attacked in a massive DDoS attack in March 2014. Source: Blog Defender)

As described by security firm Sucuri, hackers had leveraged a well-known flaw to attack unsuspecting WordPress sites and direct a distributed-denial-of-service cyber attack (DDoS) towards another popular website.

Whenever worldwide brute-force attacks happen on WordPress sites, it’s natural for website owners to start questioning just how safe and secure WordPress is as a software for running their websites.

Being the world’s most used CMS makes WordPress an obvious target for hacking attacks. But do you really need to be concerned about WordPress as being a secure platform for building your business website?

In this article, you will learn some of the main reasons why you should definitely choose WordPress if you have any concerns about website security.

Let’s start by looking at facts …

Thousands of websites and blogs are hacked every year … not just WordPress sites!

The sheer number of attacks on websites and blogs worldwide is rising, and things are only going to get worse.

It’s safe to assume that if your website or blog hasn’t been hacked yet, then it’s only a matter of time … regardless of the web platform your website has been built with!

Since it’s not a matter of if, but a matter of when before your website is targeted by malicious hackers, are there any advantages that WordPress can offer you in terms of security?

Some people argue that WordPress cannot be a safe platform for building and running a web presence because it’s a freely available open source software.

Open source CMS programs like WordPress, Drupal and Joomla are free to use and anyone can access the underlying software code.

The argument against using WordPress, then, goes something like this: If everyone can study the Open Source code for WordPress, then hackers can also easily obtain all of the code and study every single line, looking for security weaknesses in the code that can be exploited … 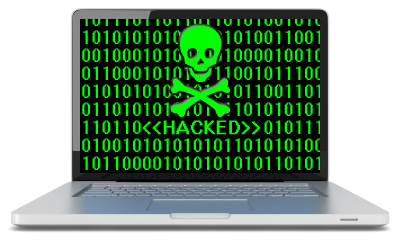 (It’s no longer a matter of if, but when before your website will be targeted by hackers … WordPress or no WordPress!)

This is because WordPress has the support of a community consisting of thousands of people such as software programmers, plugin developers and theme designers who are constantly working to help to improve the platform and make WordPress more secure … 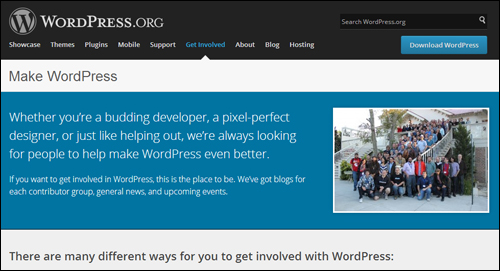 (A huge community of hundreds of developers is responsible for building, maintaining and updating the WordPress platform. Screenshot source: WordPress.org)

WordPress continually evolves because of the effort of a global community working around the clock to fix any issues detected by users. It benefits from thousands of web developers, designers and users committed to improving the software, identifying and fixing security holes and making the WordPress platform safer for every user …

(The WordPress core software is built and maintained by a large community of volunteer members. Screenshot image: WordPress.org)

The moment that a security vulnerability is identified by developers or users, these are then logged in user forums and addressed by the WordPress developers … 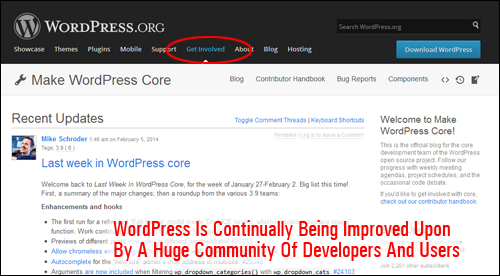 (WordPress is continually being improved upon by an open community of users and web developers. Screenshot: make.wordpress.org)

The WordPress community support system, therefore, is quite formidable and anyone can help contribute to securing the software.

This is one of the reasons why the WordPress team releases new version updates so frequently, and why you need to keep your WordPress sites and blogs regularly maintained … 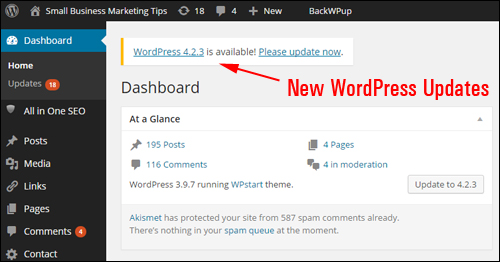 Compare what we have just discussed above with proprietary platforms where often the responsibility for maintaining software security, fixing bugs, etc. falls to a smaller team of developers with limited resources and you will quickly realize the value and advantages of using WordPress to run your business web presence on a secure platform.

The WordPress CMS is free to download, modify and use, and hundreds of volunteers and expert developers work on improving the software. Can a proprietary CMS company afford to employ as many developers and programmers and still deliver users software that is 100% free to download, use and modify as they wish?

Whilst on the topic of Open Source content management applications, there is valid research to support the fact that the WordPress CMS is actually safer than other leading Open Source CMS platforms such as Drupal and Joomla.

For example, the chart below shows the number of security vulnerabilities discovered in each of these CMS platforms … 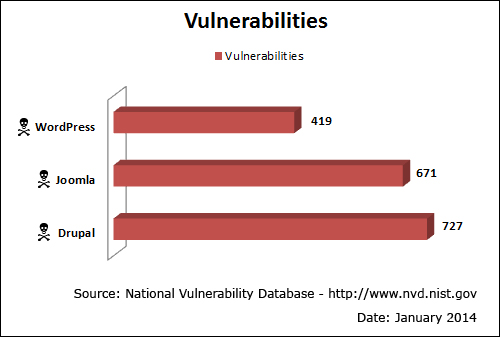 Other research shows that, because WordPress is quite easy to use and maintain, when sites across different CMS platforms were tested for security issues, sites run on WordPress had a significant degree of less exposure to risk …

WordPress Should Not Be Blamed

Whenever WordPress sites are attacked, you shouldn’t be too quick to place the blame on WordPress.

According to a report called “Compromised Websites: An Owner’s Perspective,” which is published by security organizations Commtouch and StopBadware, a large number of website owners have no idea about the security threats their websites are exposed to, how to secure a website, or deal with compromised web security.

In fact, over 60% of webmasters surveyed in this report didn’t know how their sites were hacked after an attack … 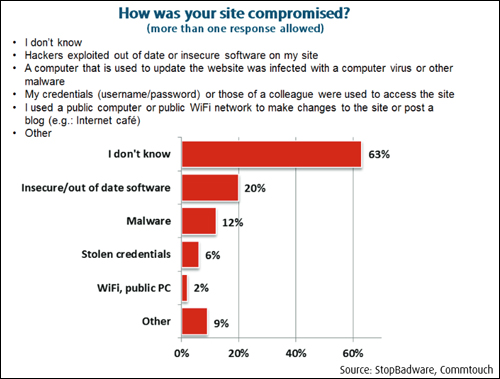 (Many webmasters don’t even know how their sites get hacked. Image source: StopBadware.org)

Of immediate concern, however, is the fact that most security problems seem to be related to site owners running sites with an outdated version of WordPress … 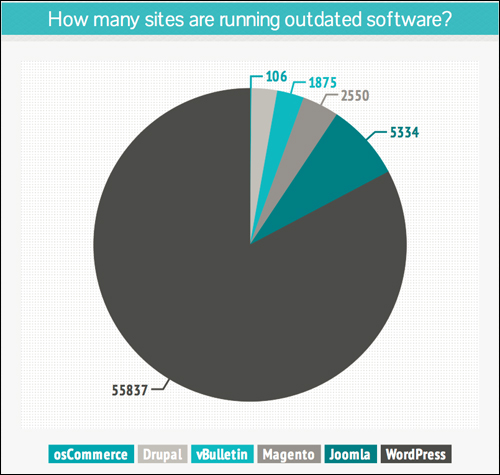 (Many WordPress users have not updated their WordPress software. Source: Sucuri.net)

When WordPress security issues were looked at in more detail, it was found that only a small percentage of vulnerabilities discovered in third-party code are actually found in the WordPress CMS core, while 70% – 80% percent of all security issues are found in plug-ins and extensions created by third-party developers … 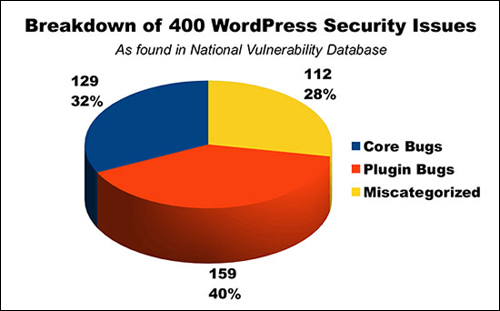 Like all robust web platforms, WordPress is regularly updated to deal with new security threats that may arise. Improving security is always a concern, and to that end, you should always keep your WordPress site, plugins, and themes up-to-date.

WordPress … Secure Enough For Banks To Use!

The amount of misinformation about how secure WordPress is has even led the co-founder of WordPress, Matt Mullenweg, to chime in and reply to posts online.

In a blog post entitled “A Bank Website on WordPress” published on April 15, 2015, Matt wrote the following about WordPress …

Millions of businesses around the world, including banks, global corporations and e-commerce sites use WordPress to build their websites, not just bloggers.

Other studies on issues that play a role in WordPress security point to areas such as:

As this article has hopefully shown, WordPress is quite secure. As long as you implement basic security measures and keep your WordPress software (and themes, plugins, etc.) regularly updated, there’s really no reason not to use WordPress to run your web site or blog.

A compromised blog provides hackers with a platform to launch denial of service attacks, spread malware and engage in information theft. Blog Defender makes your WordPress site invisible to malicious attacks from hackers and bots. Go here to learn more:

If you are currently using an outdated version of WordPress make sure to back up your website fully before updating your software to benefit from the latest security updates. This way, if things don’t go as planned, you can always restore everything to its previous settings.

If you don’t want to perform manual backups, there are a number of free and paid plugins you can use. Learn about a WordPress backup plugin that can automate your site backups here: Backup, Duplicate & Keep Your WordPress Web Site Protected With Backup Creator Plugin For WP

The above facts were sourced from the following sites:

Hopefully, now you have a better understanding of issues that can affect your website and how WordPress can help you expand your business online. To learn more about the security benefits of using WordPress please click on links to visit our related posts section or subscribe to receive updates and notifications when new articles are published.

"This is AMAZING! I had learnt about how to use WordPress previously, but this covers absolutely everything and more!! Incredible value! Thank you!" - Monique, Warrior Forum

"This is an awesome training series. I have a pretty good understanding of WordPress already, but this is helping me to move somewhere from intermediate to advanced user!" - Kim Lednum

(Play video to see content sample)
Over 500+ pages of searchable and printable checklists, cheatsheets, tables & flowcharts on how to use your WordPress site! 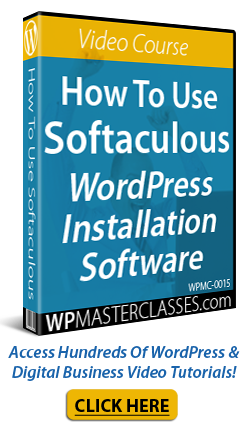